COMNET encourages software developers to incorporate features to automatically generate the baseline building. To pursue this end, the modeling guidelines provide a clear and unambiguous specification of the baseline building which is consistent with the Standard 90.1 Appendix G modeling rules. The modeling guidelines are written in precise terms, but are generic. They do not use the language of a particular energy simulation program like DOE-2 or EnergyPlus. A separate set of modeling rules is provided for the 2001, 2007, 2010 and 2016 versions of Standard 90.1.

The modeling procedures in the 2016 standard are fundamentally different from previous versions in that the baseline building is fixed to be roughly equal to Standard 90.1-2004, and this will not change over time. [cite Journal articles] The 2004 version of the standard has been used for more than a decade as a benchmark by the US DOE for evaluating the stringency of more recent versions of Standard 90.1 and now it is used as a stable baseline for all performance calculations.  Prior to 2016, the Appendix G baseline building changed with each version of Standard 90.1 and sometimes with each addendum. This created much confusion for software developers, energy modelers and program administrators. An unnecessary amount of time was spent creating the baseline building and verifying its correctness.

With the new procedure, which is supported by COMNET, the baseline building does not change. Instead, as the standard becomes more stringent, a greater level of improvement over the fixed baseline is required. Energy cost is still the metric for evaluating energy performance, but the 2016 standard defines a new term. The performance cost Index (PCI) is the ratio of the proposed design energy cost to the (roughly) 2004 baseline building energy cost. A PCI of 1.0 would be a building with performance identical to the baseline. A PCI of zero would be a zero-energy-cost building.

The target PCI or PCIt is the level that must be achieved to comply with the standard and this target will become lower with each subsequent version of the standard. A PCI target can also be determined for previous versions of the standard and PCI targets can be associated with performance levels for beyond code programs. The target PCI for 90.1-2016 code compliance is a function of the building type, the climate zone and the amount of unregulated energy projected to be used by the proposed building. Unregulated energy use is neutral for 90.1 code compliance. Section 4.2.1 of Standard 90.1-2016 has procedures for determining PCIt. The PCIt for other standards and beyond-code programs are specified in different ways, but in most cases building type, climate and unregulated energy are factors.

When you incorporate the 2016 modeling guidelines in your software, you customers will be able to use the results of a single set of simulations for multiple purposes: code compliance, green building compliance [cite 189.1], incentive programs, and recognition programs.

Energy models require that hundreds of assumptions be made about schedules of operation, occupant density, outside air ventilation, plug loads, electric and gas process energy, refrigeration energy, elevators, escalators and much more. COMNET has compiled recommendations for these and other modeling assumptions in a consistent format that can be incorporated into software applications. A space category is assigned to each space in the building. The space categories are consistent with those used in Standard 90.1. Once a space category is assigned, default modeling assumptions are triggered for ventilation, plugs, occupancy, schedules and more. This simplifies the process for software developers and makes life easier for your customers.

COMNET is also working to standardize the results of computer simulations to ease the process of communicating data to energy program administrators like the USGBC LEED program, building asset rating programs like ASHRAE’s Building EQ, financial incentive programs offered by energy utilities. In Several years back, COMNET developed a set of standard reports and an accompanying XML schema to serve this purpose. Since that time, other similar efforts have emerged. See the COMNET presentation for SimBuild 2016. COMNET is now working to update its standard to incorporate this more recent work. The current process is error prone and takes far too much time to translate simulation results from a particular software application to the form required or requested by the various program administrators, including code officials. The COMNET standard reports can eliminate this problem.

COMNET has simple procedures to accredit software that: meets the accuracy requirements of Standard 140, correctly and automatically generates the baseline building, applies the default modeling assumptions, and translates simulation results into a standard format. COMNET accredited software will gain favor from energy program administrators as well as energy modelers and become a sales feature software developers can use in their marketing campaigns. . 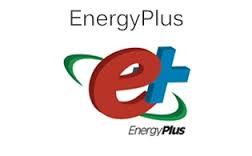 COMNET provides a clean and unambiguous specification of the baseline building and other details of the Appendix G modeling rules.